As we enter the next "era" of supplemental material for Team Fortress and Overwatch, there is an almost tangible eagerness in the air from the writers. They have the audience, they have the setting and as long as the game keeps holding interest they will have a job. Yet they are writers and yearn to put their mark on the game, wether it is for pure experimentation with the medium (in the case of Valve) or because they have a story prepared and now demand for it has reached the breaking point (in the case of Blizzard) and so the writers are turning every stone in order to find where to place their focus from now on.

Fail, and the story falls apart at a critical moment. Succeed, but create a story with a finite amount of things it can do and eventually the game will stand without a story. Let us look at the two companies, as well as my own effort and see how well they handle this great challenge.

In many ways Team Fortress 2 is the Simpsons of the gaming world. It was revolutionary when it was first released, daring and experimental, a huge influence, now shambling along as a lifeless zombie because it makes to much money to cancel or update to a new engine or installment. A writing term taken straight from the Simpsons is Flanderization, which roughly mean making a character more and more into a caricature of themselves. 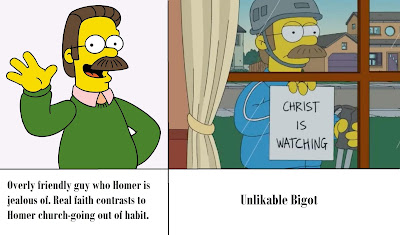 Can YOU spot the subtle difference in characterization?

With most of the updates during this time being holiday updates you can argue that the setting of Team Fortress has been flanderized into being more wacky instead of being simply a exaggareted spy drama. Merasmus the magician, a one-time joke character becomes a regular during this period. But the storyline of Team Fortress also makes its final transition into an ongoing story with the death of the Mann Brothers and the reveal of Grey Mann and the robot war. This divided the storyline of Team Fortress into two; the gravel war (which is the PvP experience) and Mann Vs Machine (which is the PvE one). 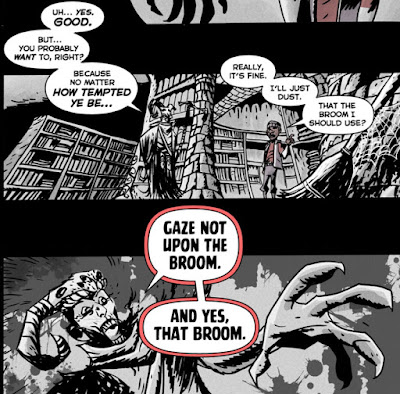 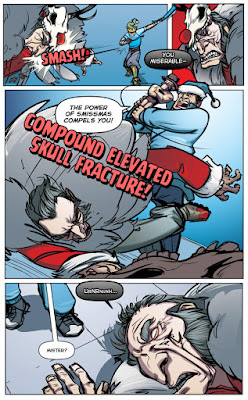 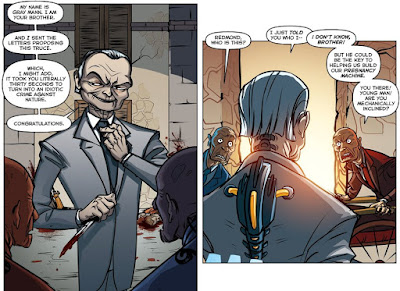 The Overwatch Writing Team, learning their lesson from the prolonged Sombra alternative reality game, is eager to finish up some of their loose plot thread. Torbjörns hatred of omnics is seemingly resolved when he find Bastion and protects them from the army (and as a swede it is hilarious to see the typical "RRRGH MR PRESIDENT WE MUST ATTACK NOW" guy transplanted into the swedish army). The chase after Sombra set up in the infiltration video is resolved by asking a local girl where Sombra does her grocery. No, really!

Although it is not the most elegant of solutions, in many ways it is prefarable to the way a lot of stuff in Team Fortress is just dropped (most notable the two teams, amounting to eighteen characters). 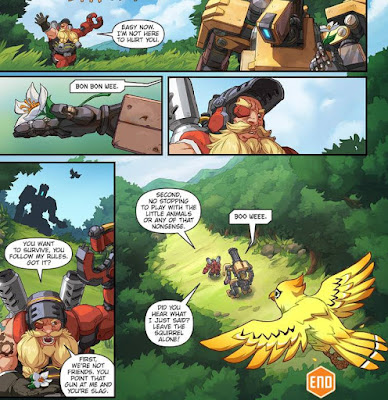 Torbjörn is suddenly friendly to omnics.

Sombra the hyper-competent spy...captured by an ability she can easily escape in-game.

Alex and Adva (my own game)

The demo for my own game is almost ready for release and I have worked hard in incorporating supplemental material as best as I can. First, there is the following chapter of my story jackalopes taking place a short time before the game start. I am also doing a countdown on my blog where I each day present an item, a enemy, a character and a place from the demo, along with some hidden tips and links showing extra material such as sketches. 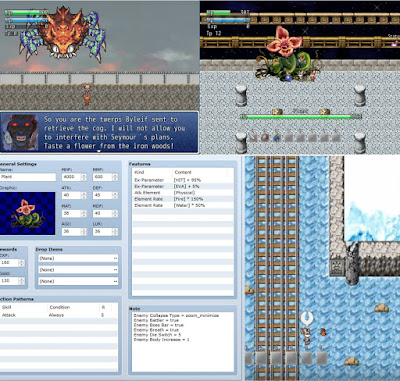 Working with blog posts and writing would be the equivalent of larger companies videos and comics, and obey the same rules. That is why I am writing these analyses, to put the spotlight on the difficulty of writing for a game.

Next time we will take a look at the way supplemental material can be used to create an ongoing story seperate from the games. This will be the last installment of this tutorial series! See you all then. Liked this text? Use one of the buttons below to share.
Upplagd av Erik Engström kl. 17:43