The design philosophy of the storyline in Team Fortress 2 grew from the game and gameplay itself. The world and story of Overwatch was made from the ground up and thus have a bit of a "designed by commite" feel to it. It is more consistent than Team Fortress though, which wary in style and quality over the years. Today we are going to look at these two games and how they both pastish an era. Team Fortress, after their initial characters introductions detailed in my last post ended up gravitating towards a sixties cold war narrative.
This was consistent with gameplay and the two teams fighting each other over spy bases and such. In order to create interest for updates to the game supplemental material during this era was often written in the style of comic book adverts or the "Men´s Reading" magazines of the time. 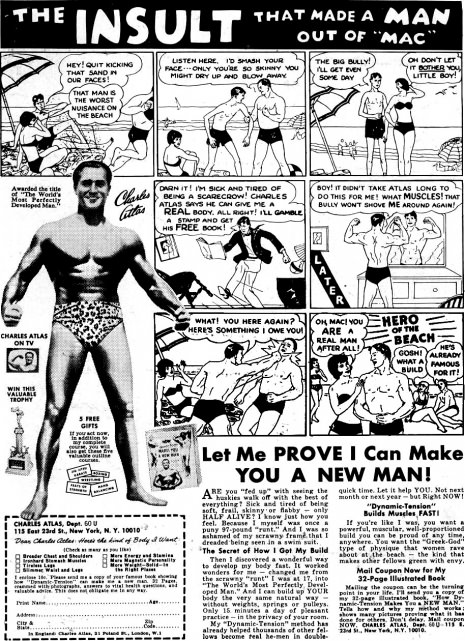 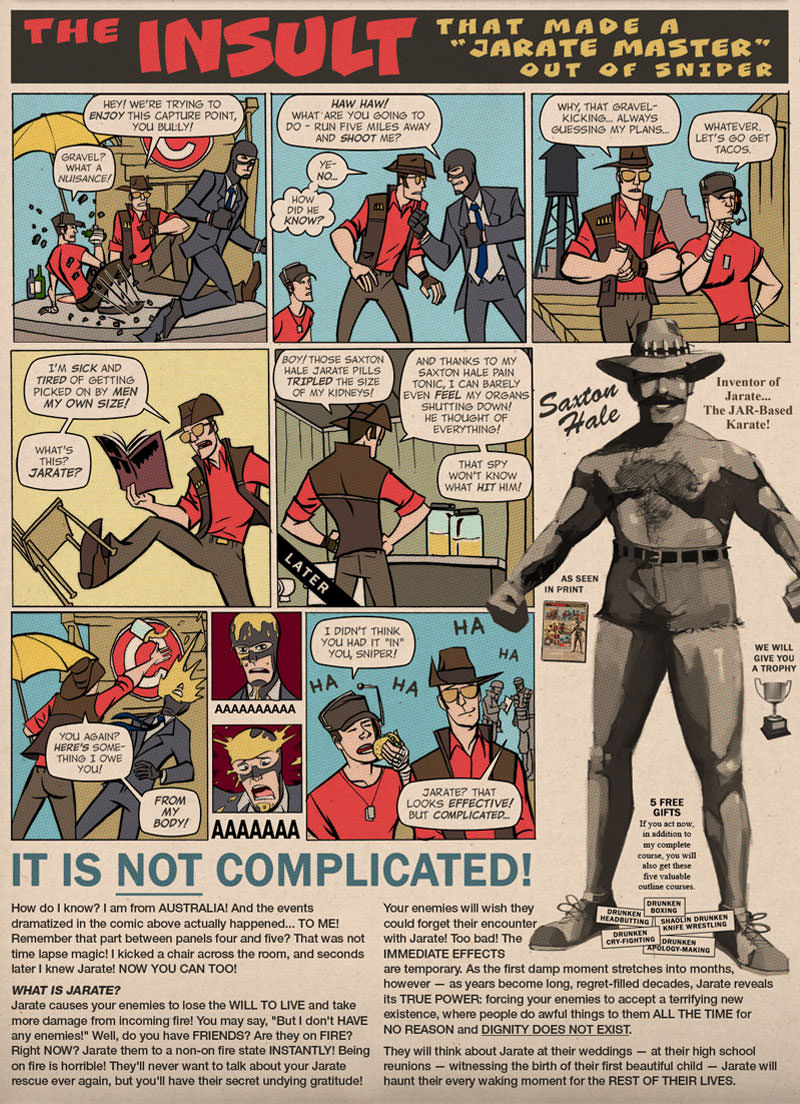 Just another day as a reverse-quadruple-double agent.

The storyline also ever so slightly started to solidify with references to the typical advanced supercity of Silver Age comics (except it is Australia) complete with "Radioactive materials fixes everything" except in the TF verse it is called Australium. This aspect ended up taking up the storyline completely, but that is for later on.
If you are interested in using supplemental to enforce the feeling and style of the game I would consider reading up on a few points of interest in the era you are trying to capture. Exagarate them, give a new context to them. The reader/player will feel like taking part of a real breathing world and hopefully even see the original inspiration in a new way.

Coincidentally, Overwatch takes a lot of inspiration from the sixties as well! Overwatch isn´t really interested in the negativity of the time but rather the can-do attitude of the space race and Silver Age comics. Technology can solve everything and all bad guys work together in a legion of doom and can be defeated with heroes who show true fortitude and virtous human spirit. The main point of doing this, as detailed in the developer commentary, is to foster a friendly and welcoming community. Eveybody can become a hero!
The main point to take away from comparing Team Fortress and Overwatch is if you want to play the attitude of the era straight or not. Both Overwatch and Team Fortress uses exaggaration as a tool but whereas Overwatch really do believe in the righteousness of that attitude Team Fortress subverts it and uses it for humor. It really depends on what kind of game you are trying to create!

Alex and Adva (my game)

The supplemental material for my own game can be found in my signature. They have not ended up complementing each other as much as I had hoped, but I did get a prequel comic made for the game. A small sequence from it can be seen here:
http://atspela.blogspot.se/2017/06/tymor-och-permeter-pa-vandringsfard-i.html
Unfortunately, it is in Swedish. Also, warning for some nudity (no genitals or anything, though).

End notes on the pastich era

As the story of the two games grow we enter a sort of limbo state. Supplemental materials have grown beyond just using pastich to enforce a mood or make people interested in updates, but apart from a few vague references they have still not coalesced into a proper ongoing plot. The next part of this tutorial we are going to further study this limbo state and see how the games handle them. What works? What could have been made better? See you soon!
Upplagd av Erik Engström kl. 09:01