The development of Alex and Adva; I´ve heard Norse, originally a spin-off from my Journeys East of Knez game (made in RPGmaker) is coming along nicely and it is finally ready for a first shaky prototype to be shown. The prototype is a small part of a level taking place on Mt Muspel, which the rabbit couple must scale for one reason or another. As you can tell, I am still working on the script. This prototype is in no way ready to be playable yet and I have simply designed it to try out ideas, abilities, monster placements/difficulty and platforming segments to find out if they are fun to play. In this article I will show a few abilities, a few enemies and the world the game takes place in. Please be aware that most, if not all, graphics are taken from the basic RPGmaker installation package and will be replaced in the future.

The basic gameplay of the game is inspired by Mario and Luigi (as you switch between two characters to solve puzzles and battle enemies) and the Gameboy Zelda games (the swift-real time action as opposed to Mario and Luigi´s turn-based battles). Alex and Adva are supposed to be completely opposite in what they can do as character yet complete each other in the gameplay. The most notable difference between them is that Adva uses close-combat abilities while Alex prefers long-distance spells and weapons. I kinda want to avoid swarming the player with enemies and instead let strategy play a part in battles. Do I get rid of the archer with a fire spell from Alex or do I let Adva vanquish the troll that are attacking us? Do I let Alex cast a protective spell and let Adva jump up to get the archer? Anyway! Let us now scale Mt Muspel and take a look at what the adventure brings! 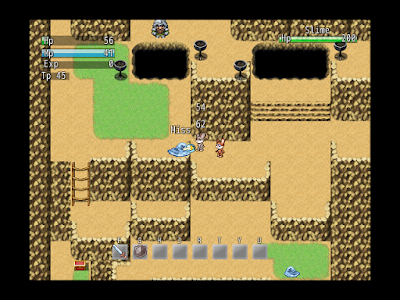 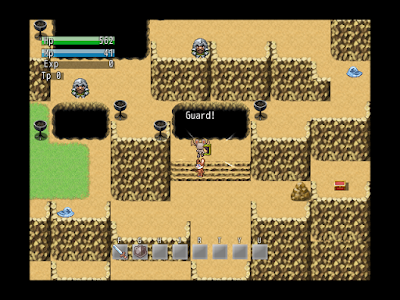 Adva brings a sword and shield (sometimes to a gunfight) the sword is used to vanquish nearby enemies and block all sorts of faraway attacks. 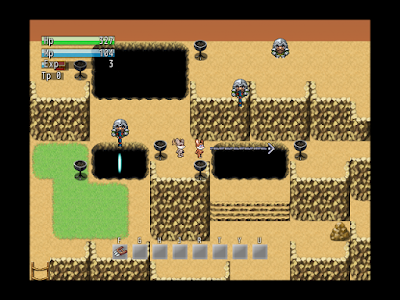 Alex has a hookshot that can be used to grab certain posts to pull him and Adva over gaps and over enemy attacks. 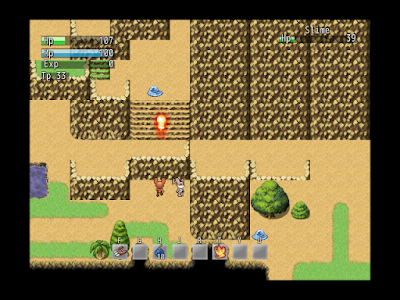 He can also throw powerful fireballs, but they consume a lot of his magic. The reason is once again to distinguish Alex and Adva as characters; Alex can do a few powerful finishers before having to recharge while Adva can keep going for a long time, but only do smaller blows. 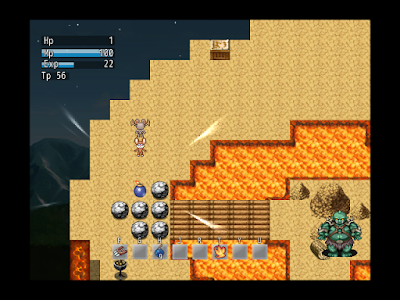 Here we have the bombs, which both Alex and Adva can use. I wanted to try something different compared to say, Zelda, when designing the bombs. Although bombs are a limited resource in Zelda you can almost always find more in the grass or in chests so you newer get stuck. In my game bombs are a real limited resource (Can´t find any "in the wild", so to speak) yet never required to proceed. Instead they can be used as desperation attacks or finding secrets and easter eggs. 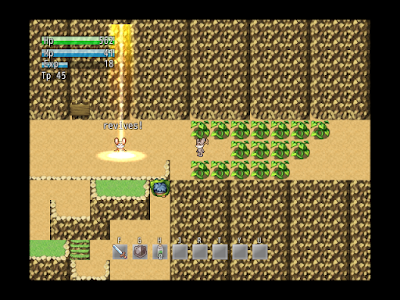 Lastly we have a few or the usual rpg-items such as potions and phoenix down. They are used in real time just as everything else, so make sure to choose before the battle what you want to bring! 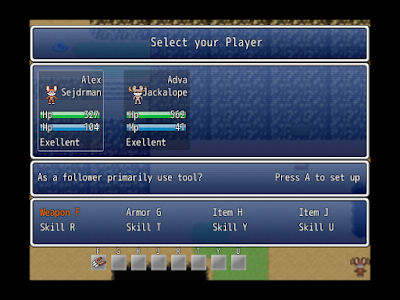 The next step is to look over what works in this prototype and what needs to improve. Although I think the basic gameplay-system works very well I want to make it more fluid, so that the player does not constantly need to stop and open the menu. Instead, I want all new abilities to be automatically assigned to Alex and Adva (except for bombs, potions and similiar items that they both can use) and switch between them with the press of a button.
The environments needs to be ironed out a bit too look more natural and make it more obvious what can and what cannot be interacted with. I am very happy with the jumping, which can also be used to avoid enemies. Finally, there are a few graphical glitches and scripting errors. How many can YOU spot in the video?

This is the first prototype, showing of the adventure part of the game. It takes place on Mt Muspel, home of the fire ogres. There are a few other areas and gameplay sequences I want to explore in prototypes the future before I start building the game proper:
1 Cutscenes and shopping in the rabbit capital of Hybrasil, also some tutorials ending in boss fight..
2 A pure platforming section (sideway 2D) in the swamp of Od.
Luckily the script I am using has a nifty system for going to any part in the game in order to try something new out. Now to work some more!
Upplagd av Erik Engström kl. 11:21