The use of the narrative curve in videogames, pt2

This is the followup from a article I did a few months back about the use of the narratice curve in videogames. I did so by comparing two point and click game series from Telltale as well as one of my own game scripts. Enjoy: 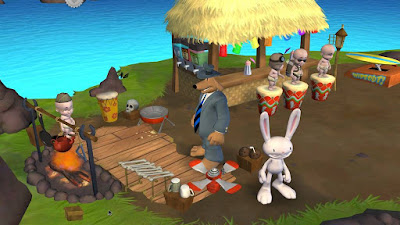 Moai Better Blues begins with flying triangles assaulting Sam and Max´s neigbourhood, kidnapping people and sending them to the Easter island. Jumping into a triangle Sam and Max finds out from some talking moai heads that a volcano is supposed to erupt soon, dooming the island. To stop it they need to seek audience with the volcano god, guarded by baby versions of Jimmy Hoffa and Amelia Earhart among others (the fountain of youth is on Easter island too). In the end the evil volcano god turns out to be Max´s pet goldfish. Yeah..you know how bad comedians think that they can just throw random wacky stuff into their act until people laugh and this is pretty much how this episode is written. The episode do have a clear climax when confronting the pet goldfish, though. As an aside, I do find the joke about the head of the Lincoln memorial falling in love with one of the moai head to be really funny. But since God is dead and we can´t have nice things anymore this episode also introduces baby Amelia Earhart, who reappears in season 3. 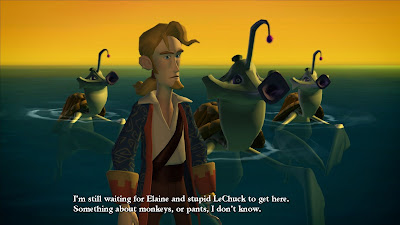 The Siege of Spinner Cay begins with a battle against the pirate hunter Morgan Le Flay. After making it to the titular Spinner Cay, Guybrush is tasked with finding three summoning artifacts in order to summon a create to take him to La Esponja Grande. However, a group of pox-infested pirates are bent on stopping him. Guybrush defeats them and uses the artifacts, which sadly results in him being eaten by a gigantic manatee. This episode, just like the first episode of Sam and Max, follows the curve very well. There is a clear set-up with the artifacts, a point of no return with the titular siege and a climax with a sea battle against the evil pox-captain. The only thing I would downgrade is since the final battle is a escapable battle (you need to lose at least once in order to replace your mast with a rubber tree) there is no real sense of danger. As yet another aside I must say I find teaching human Lechuck how to be an adventure game hero is not only funny, but hysterically so. It´s like teaching your parents how to play adventure games. My parents aren´t evil zombie pirates in disguise, though. 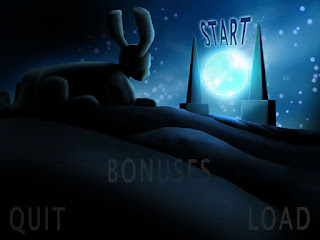 My initial draft for the middle of Alex and Adva was pretty straightforward. They go from A to B to C until they find the plant, fights the demons off and then you win. This makes the quest way too static and the central conflict at the end too sudden. The way I solved it is to make rumours about among the shades in the underworld about a large scale demon attack, as well as seeding doubts about if the plant they are searching for is really what they think it is. There is also an additional conflict with the lord of the dead, Tymor, since Adva has let someone unauthorized into the underworld, and the magician who Alex stole the magic book from. Alex and Adva becomes fugitives, which adds tension building up between them as well.

A point I wanted to emphazise today is when the point of no return takes place. Since all of these seasons, including my own hypotethical game, has five episodes I would say that it takes place in the third episode. So for the next installment we are going to focus a bit about the point of no return. Tales of Monkey island has this weird thing where points of the narrative curve are shuffled around a bit. What would normally be a climactic battle appears at the start of the first and second episode, for example. A good point of return would be swallowed by a huge beast (you could also go on a tangent about the hero with a thousand faces) which here happens at the end of the second season.
Upplagd av Erik Engström kl. 13:03