The use of the narrative curve in videogames 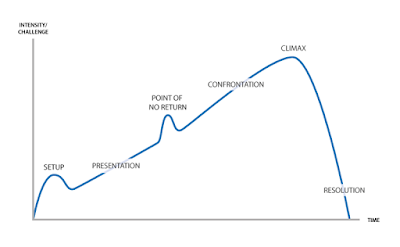 It is very popular to make episodic games, particularly from a indie standpoint. There are smaller and easier to manage and develop for. They also have the added benefit of making fans excited and discuss the next installment. In this tutorial we are going to discuss the use of the narrative curve as it applies to videogames, in particular as it applies to episodic games. It is my hope that this thread will be a sort of workshop where I post an installment at a time.
I think that most people are familiar with the narrative curves as it applies to movies and books. When it comes to episodic games and to some extent television series the curve will follow the same basic idea but will have a few more "repetitions".

The narrative curve for theatre, but works for episodic games too!

While episodic games have a single overarching story each individual installment need a smaller "inner" curve of their own. To illustrate this, I am going to compare two Telltale series that I think uses the inner curve well (Tales of Monkey island) and one that uses it not so well (Sam and Max season 2, although the other two seasons used this very well). Please not that I will discuss these games as well as others in the individual series freely, so there will be spoilers. They will also be compared to a potential game called Alex and Adva by Nooby Mcnooberson (ie me) to show how an idea can grow into a story by use of the narrative curve. 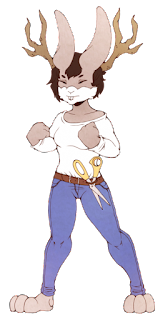 But first, the overall storyline of the three series.

Tales of Monkey Island:
While trying to defeat his arch-enemy the zombie-pirate Lechuck Guybrush accidentally makes him human again and releases his evil as a pox that infects the Caribbean. To cure the infected people Guybrush must find the fabled La Esponja Grande to suck all evil voodoo energy into it. Lechuck steals the energy and becomes a pirate god but is eventually defeated by Guybrush.

Sam and Max season 2:
Sam and Max investigate a couple of seemingly unrelated cases, eventually tied together by a couple of time-travelling mariachis and a takeover of Hell by bit-characters from the first season. Yeah...you could probably tell from the description alone that this season does not have a strong narrative. I actually struggled to try and keep the overarching story sound better, but had to give up.

Alex and Adva (my own story idea in its raw form)
Alex and Adva want children but are unable to conceive. As a jackalope it is Adva´s duty to guard the underworld and when Alex hears about a magical plant that can bestow fertility Adva lets him into the underworld so they can search for it together. Turns out the plant is a root from the world tree Yggdrasil. Demons are trying to cut it down and Alex and Adva must protect it.

Let us take a look at the three series and how they begin their respective set-ups. 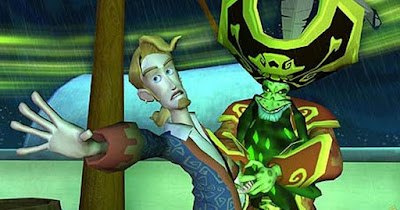 The launch of the Screaming Narwhal

This episode begins in medias res with a Lechuck confrontation, supposedly after an epic quest to create a sword that can banish the evil pirate forever. Gubrush bungles the spell and is stranded on the island of Flotsam. Here the main quest is introduced, finding La Esponja Grande to banish the evil pox and get off Flotsam. The episode is interesting because it has a climax, or at least something imitating the form of a climax, at the very start. The episode also ends with another confrontation being set up with pirate hunter Morgan le Flay, but not taking place in the episode itself. When it comes to the narrative curve the episode feels a little shaky, since the player can solve the puzzles and challenges in any order. 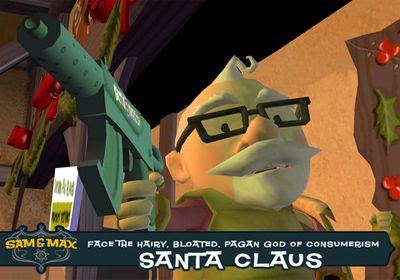 Ice Station Santa
The episode begins with Sam and Max finding out that Santa sends a murderous robot to their office. Deciding to investigate they find Santa possessed by a demon, which they excorsice. Unlike the first season this one seems to be cases unrelated to each other, which need not be a bad thing. The episode, taken on its own, follows the narrative curve well with a setup (collect items for a banishment ritual), a point of no return (portals to other points in times are opened) and a clear climax in the confrontation with Santa and even a resolution that makes fun of sappy christmas specials.

Finally, let us look at my own first attempt.
The set-up, the search for the plant, needs to be introduced. My original attempt stood on its own and concerned house-cleaning, introducing the characters and the game-system. While it was cute, itwas also really slow. My current first episode concerns Alex losing his book of magic and has to find a new one in a hurry in order to impress his employer. Breaking into the house of a magician he learns about the plant. By making the initial quest about something unrelated I can still present the world and its characters in a natural way. And so the adventure begins...

This is the first installment, please tell me if this was informative or if there are any points I could improve on? Any specific points I should focus on when making comparisions between the two game series. Did it make sense for me to include my work on my own game in the comparison?