This article concerns my characters from my online free novel called "Jackalopes". You can read it at:
www.tymorthetrickster.com

These two chapters were originally supposed to be illustrated, but the artist could not finish in time. Instead, have some character sketches my good friend http://michaelsyrigos.daportfolio.com/gallery/859712 did for me! 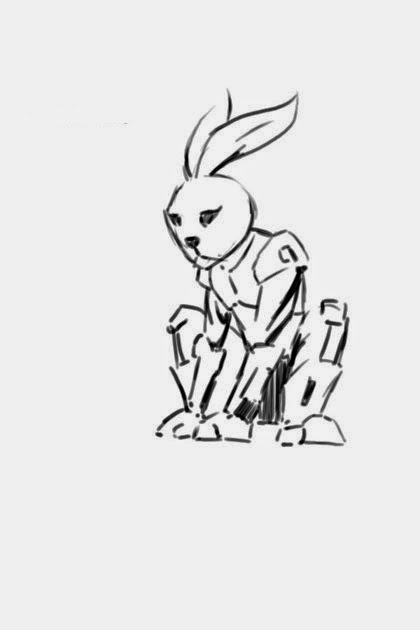 Jane is a rabbit enjoying (eternal) life in the silver city in the paradise of Tymor. One day she remembers her own perilous journey through the underworld and vows to help out the souls still trapped there. The very same night she is recruited by a shadow from the mysterious smiling moon to the jackalopes. She is moved to the first pylon on the great road of the underworld, which every soul must pass after death, to start her training. Jane is the main focal viewpoint character of this tale.

1 Cause of death: Broken neck during a high-jump session.
2 Special skill: Very fast and with the ability to jump far.
3 Greatest achievement: Was a silver medal Olympic winner (high jump) in life. 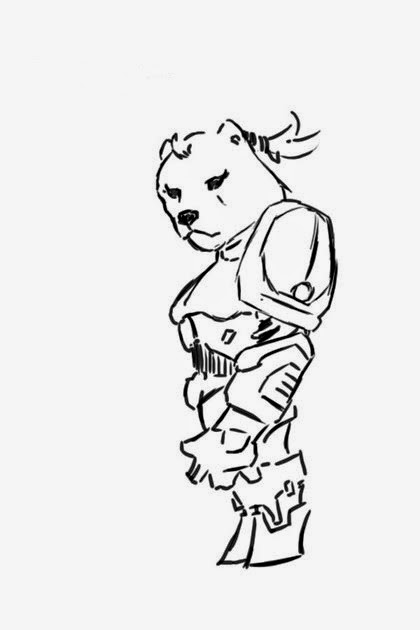 A bear wearing power armor. She is one of the elite fighters of the jackalope and one of Jane´s first mentors. In life she was a secret Russian agent during the cold war and the only one able to wear the power armor developed by the Russians lead scientist, Dr Sasha. Her bond to the suit was so powerful that she even wore it in death. She has sworn to protect the pylon from all threats, be they natural or demonic in nature. She sees herself as the best fighter in the underworld and is eager to protect that position.

1 Cause of death: Standing a little closer than advised to ground zero.
2 Special skill: A brilliant strategist and fighter.
3 Greatest achievement: Defended the first pylon from the largest demon-attack yet. 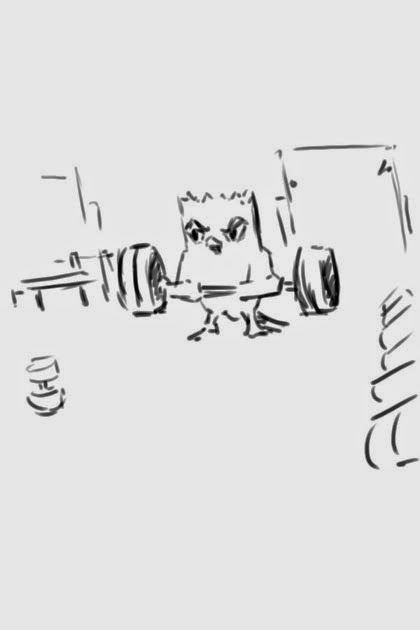 Jessica was a soldier fighting for America in the cold war. She was chosen to try out a new experimental serum which granted her super-strenght and a powerful healing factor. Though keeping up a brave face for her country and the outside world, she was unhappy with the destruction she caused in her everyday life. After dying during a nuclear bombardment she met Urminora in the afterlife. After finding out they have been dead for several thousand years and that neither Russia nor America exists, they became friends and decided to use their power to protect the pylons.

1 Cause of death: Turns out, radiation did not give her further powers.
2 Special skill: Strenght surpassing even Urminora and the ability to regenerate torn tissue.
3 Greatest achievement: Takes care of Urminora´s suit, upgrading on Sasha´s designs. 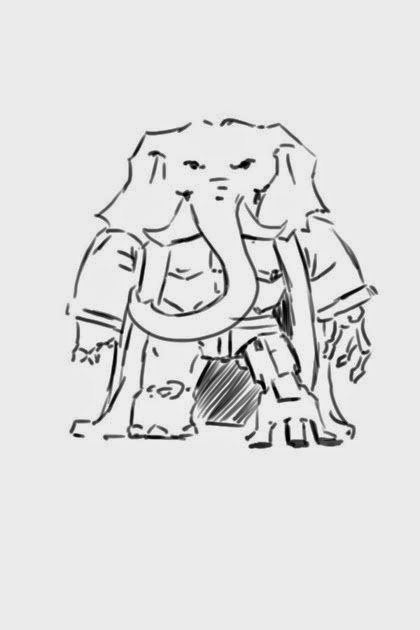 An indian elephant that was born and raised in luxary. She was raised to be oblivious about the suffering of the world and even the concept of death, but after sneaking out of the palace her eyes were opened and she lead an altruistic life from there on. Annabelle was a great inventor and made many things for her people to help them. She died after falling of one of her experimental transportation devises, which had been sabotaged. In death, she was scouted as an engineer by Tymor to make the pylons and the main road of the underworld safer.

1 Cause of death: Death by a long fall and weighting several tons.
2 Special Skill: A great inventor (not a bad party organizer, either).
3 Greatest achievement: Almost drunk both Tymor and Permeter under the table during a party.
Upplagd av Erik Engström kl. 13:26