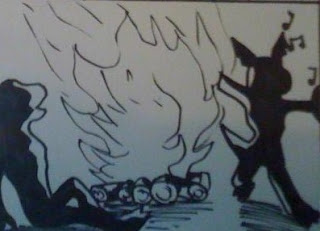 While Sigtrygg slept her son was making quite a name for himself. He was on strict order from his mom to be loving but firm with the populace of Vincinor. He was to win the battle against everyone that opposed him and all enemies, and hold great festivals of fire whenever the seasons changed. Eventually, he was to to toplle the temple of the gods and declare war on the wizards. Then, when the world was his, Sigtrygg would wake up and start Grangard anew. So it is sung:
Fivehundred floors, and forty above
Is the halls of the gods that is his
Of the mudded roofs and concrete
Is the one I know the most
While sleeping Sigtrygg laid down her cards:
The island of regret 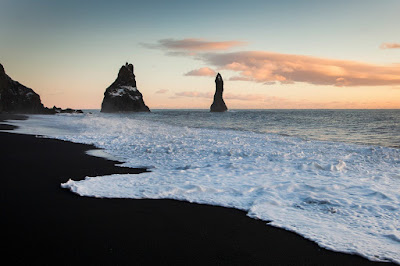 This black island was blasted to smithereens long ago, and the ghosts of this cursed place still torture the men who are shipwrecked here. Now it seems like someone is coming to the island that knows what do do with it. He is not my friend, nor loyal to the giants. I will have to keep my eyes on him...he used to be the knight of wands.
Annabella 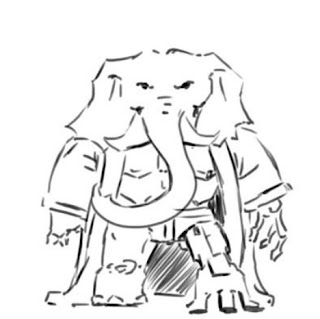 This woman is a very interesting specimen from the unexplored lands just south of Xuangzang. She has a mind of steel, but it does not lie in the direction of war. She is interested in architecture and art. She will die during the war, yet rise as a draugr. Her mind has changed. She will travel to the western country of Denugeira in order to find herself and new uses for her steel. The whole process will take four years, so it will already be done when I awaken.
The emerald island

The dwarves have always been a race unfortunate most. After the great war between the clans of Arkenfork and Durin in the mountains of Nib they travelled through the sandy countries and founded Ivaldesburg. They built things out of metal and rocks. They said no tyrants, no monopolies. Then the giants attacked. They buit ship and went northwest to the emerald island. Soon they will have to leave again, leaving all their riches behind. One of their kind will go to the north, enter Danjernavia and come out a hero on the floating continent of Beluga.
Shebaz 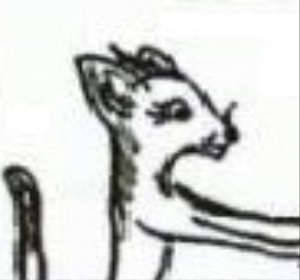 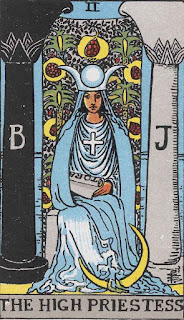 Ah, a kindred soul. This queen of a small country in the east seeks magic. Not to protects her country, not because she wants power but simply because of the art. I do not know if she will get what she seeks and how it will affect the was but I know that she is already an accomplished woman. Strange...the number that the high priestess usually seeks out is 3, or 9...or 3+1. But what she seeks out is six. A incomplete number. Perhaps she is more dangerous than I thought?
Huldraful

After the giants were driven from Jotunheim the only thing remaining the mountains north of Bjarmaland were the elementals. They called the land Huldraful and settled in, making friends with both the remaining dwarves of Mt Muspel and the men of the southern forests. They will grow in might and their tribe will flourish. Mostly by staying out of the war.
Upplagd av Erik Engström kl. 06:33